Information is presented in an easily readable table format that is exportable to CSV (Excel), HTML, XML and JSON formats.

This is a very simple query and can easily be extended by the user to add additional software names when checking (if your antivirus software name doesn’t match the default names provided).

To enable the query go to menu -> Admin -> Queries -> Activate Query. You will see a list of available queries. Click the ‘tick’ icon on the right side to activate the “Installed Antivirus” query and make it appear in your menu’s.

Now go back to the homepage and click on the name of a group.

Once you see that group of devices, click menu -> Queries -> Installed – Antivirus.

Done. How easy was that! 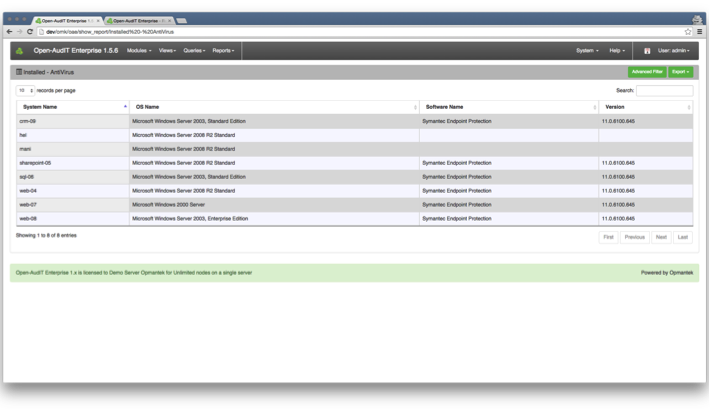