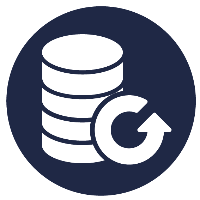 opConfig 3.1.1 introduces a new capability: plugins (written in perl) can now be used to collect or transform configuration data. This document describes this feature.

All plugins have to be written in perl (they may run other programs, but the general scaffolding must be perl).

Plugins are only considered if they're valid perl, and if they fulfil the requirements for a 'Perl Module':

It's strongly recommended that the plugin have a version declaration right after the package line, e.g. our $VERSION = "1.2.3";

The plugin may load extra Perl modules with 'use', but it must not use any package-level global variables. All its variables and any objects that it might create must have local scope.

If opConfig encounters invalid plugins it will ignore these and log a message about the problem.

From opConfig 4.3.2, it is possible to specify a time out per command, that will override the opconfig_plugin_timeout setting, 'plugin_interaction_timeout'.

To collect device data using a plugin you need a plugin that provides the necessary collection functionality, and you need to configure one or more commands to be delegated to that plugin.

How to delegate collection to a plugin

To delegate data collection the configuration for the command in question has to have the property "use_collection_plugin" set to the name of the desired plugin package (ie. "X", not "X.pm").

Data collection can be delegated to exactly one plugin. If collection is delegated, then opConfig does not connect to the node in any way! Instead the plugin has to do anything and everything that is required to procure configuration data for opConfig.

Here is a minimal example command set file ( for conf/command_sets.d/) that demonstrates how a command is delegated:

What is expected of a plugin for configuration data collection

A plugin can be used for collection if it offers the function collect_configuration.

This collect_configuration function will be invoked with the following named arguments:

The  function must not modify any of the arguments that are passed to it.

The function must return a hash reference with the following supported keys:

Here is a minimal collection plugin which uses an external program and reports its output as configuration data back to opConfig:

How to filter or transform configuration data with a plugin

To transform, filter, analyse or otherwise process configuration data further, you need one or more plugins that provide the desired processing functionality and the command in question needs to be  configured so that those plugins are invoked.

How to activate processing plugins

One or more processing plugins can be applied to a command's configuration data. The selected plugins will be invoked in a pipeline sequence, i.e. each plugin is passed the results of the previous plugin for further work. At the end of this pipeline opConfig continues with the processing of the final results.

To apply a plugin the command in question has to set the property "use_processing_plugins" to the list of the desired plugin package names (ie. "X", not "X.pm").

What is expected of a processing plugin

The process_configuration function will be called with the following named argments:

The function must return a hash reference with the following supported keys:

If and only if success is 1 will configuration_data, derived_info, alerts and conditions be processed by opConfig.

If a plugin signals an error, then the error message is logged and reported first, then opConfig continues with other plugins in the pipeline.
Note that any data that was returned by the failed plugin is ignored!

If derived info, alerts or conditions are returned, then they're merged with any already existing information. In other words, each processing plugin can only add to these, not overwrite what a previous plugin has reported.

How to filter or transform configuration data

Your plugin must provide a process_configuration function that works on the given configuration_data argument and returns a modified version of that.
No other responses are required, but of course your plugin may also choose to report conditions, raise alerts or produce derived information at the same time.
Note that for single-line filtering no plugin is required, because opConfig command sets already allow you to specify single-line regular expressions for ignoring irrelevant lines.

This example plugin removes PEM encoded private key material from the command output and replaces all of these keys with "<key omitted>".

To programmatically raise or close alerts with a plugin, your plugin must provide a process_configuration function that returns a list of alerts to raise or close in the alerts return value.
Your plugin may also perform filtering or condition reporting at the same time.

The alerts response structure must be a hashref if it is present at all.
In the simplest case, the key is the alert/event name, and the value is 0 or 1. In this case opConfig raises (value 1) or closes (value 0) an event in NMIS with the given event name and for the current node.

Requires opCommon.nmis configuraiton 'opconfig_raise_alert_events' => 'true',   This is the default value as set by the installer.

As a more precise alternative, the value may be a hash with the following supported keys:

How to use a plugin to report conditions to opConfig

A plugin can report named conditions to opConfig, which will be stored and displayed with the command in question. In opConfig a condition has a name and a ternary logic value (true, false, unknown).
Like before the plugin may also perform filtering or alert raising operations at the same  time.

To report conditions the plugin must provide a process_configuration function that returns a conditions return value which must be a (two levels deep) hashref if present.

The outer key is not displayed by opConfig at this time but  separates conditions signalled by different plugins, so we recommend  that each plugin picks a unique outer key.
The data structure behind that outer key must be a hashref again.

Report Conditions has been extended to allow passing of structured data, this can be used to show urls, tooltips or buttons to kick off new virtual operator jobs.

Instead of returning a perl list you pass back an array of hashes.

You can have the conditions table render a URL cell in one or many rows.

Render a link which when the user clicks displays a tooltip.

A plugin may report extracted 'knowledge', information that it derived from the configuration data, to opConfig for display and storage.
To do so, the plugin must have a process_configuration function that returns a derived_info response.

The derived_info response structure must be a hashref if it is present, and can have any depth.
The outer key is used to separate information reported by different plugins (or different kinds of information); a suitably unique key needs to be chosen by the plugin author.

The following keys have special meaning and should not be used for other purposes in your inner datastructure: type, tag, value, title, labels, rows.

All derived_info data is stored by opConfig, but at this time the opConfig gui will only display derived info entries whose inner structure conforms to the following layout:

The following example plugin produces two tabular instances of derived information, which will be displayed by the opConfig GUI, and further example data which will be stored but not displayed.

opConfig now supports a hash element being part of the derived data rows array. This allows greater flexibility in displaying data to the user and generating troubleshooting workflows.

Gives the user an opportunity to create a new virtual operator job with predefined parameters, clicking the link takes the user to the Virtual Operator Job form and all values are prefilled out.

For example we could have a command_set called "ping" which accepts the parameter $ipaddress. We could pass the ip of the interfaces opConfig has just collected. This creates chainable jobs which can create a powerful troubleshooting workflow.

In opConfig plugins you can tigger new jobs to be run and have the job_id returned in the current context, if you create a related_job cell and pass in the job_id opConfig will render a cell with a link through to the job your triggered.

contains the same data that you get when running ./bin/opnode_admin.pl act=export node=XYZ, ie. the node's configuration, connection information and os information.

contains the command in question, plus some meta data.

This is structured similar to the command set definition, but with some extended or expanded properties:

you can use the following methods to log information, in order of severity: fatal error warn info debug (and debug2 to debug9).

your information is logged if the global verbosity level is at least as verbose as your chosen method. opConfig's default level is 'info'. e.g. $logger->warn("this is pretty bad")

will very likely end up in the opConfig log, while $logger->debug5("nuisance") will almost certainly be suppressed.

refers to an OMK::opConfig instance, which can be used to schedule command execution, retrieve other command revisions and the like.