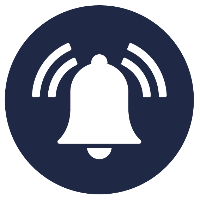 opEvents provides the Event Action Policy as a flexible mechanism for reacting to events. This document briefly describes how to configure the service, the policy language and the currently supported actions.

The action policy is configured in conf/EventActions.json, primarily in the section named policy. The policy consists of any number of nested if-this-then-that clauses, which specify the  conditions an event must conform to and what actions to take in case of a match. Further configuration sections specific to particular actions can be present in the same file.

The overall structure is relatively straight-forward: a rule has a numeric identifier which controls the order of evaluation, precisely one set of IF and THEN clauses and an optional BREAK property.

The IF expression is basically any arbitrary Perl expression, but tokens of the form event.name or node.name are substituted with the respective event or node property value. The special wildcards event.any and node.any are replaced by a logical true value. Furthermore, tokens that match extdb.queryname.column will be substituted with the result of an external enrichment query.  The IF expression can include "AND" as well as "and" but does not support "OR".

If your IF expression does require text that could be misinterpreted as a substitution token (e.g. the "Nr.1" in  "IF" : "event.details eq "NTP Server Nr.1""), then you should escape the dotted expression with a backslash (e.g. "NTP Server Nr\.1"). Please note that in versions before 2.2.2, any misidentified unparseable tokens were flagged as errors and were not included in the final expression to be tested.

In version 2.2 and newer, tokens of the form macro.macroname are also substituted by the value of the named macro (which can be defined in the configuration file opCommon.json in the section macro).

Please note that for maximum robustness you should express any regular expression in IFs as /regexp contents/ or qr{regexp contents},  NOT as "regexp contents": the doublequoted variant only works for very simple patterns. The perl equivalency sign for strings 'eq' will not function as a regex in these items.

The THEN clause is executed if and only if the IF expression evaluates as true (ie. non-zero, non-blank, defined). The THEN clause contains either a nested sub-policy, or a single string that specifies any number of action invocations separated by the token " AND ". The order of action invocations is relevant, but the token " AND " is just a separator: all given actions in a THEN will be executed regardless of success or failure of prior ones. All action invocations follow the same patterns: actionname(argument), actionname.subtype() or actionname.subtype(argument). The empty set of parentheses must not be omitted.

Policy evaluation starts at the outermost policy level, and proceeds in order of the numeric rule identifiers. All rules on the same nesting level are evaluated one after the other, unless a successful rule has its BREAK option set to true: in this case the rules after the successful one are skipped. No BREAK option present is interpreted as BREAK is false.

In the example above, rule 20 would be skipped if rule 10 succeeds, and policy evaluation would contine at rule 2. If rule 10's IF does not match, then its BREAK option has no effect. If the IF expression of rule 1 doesn't match, then the sub-policy 10/20 isn't considered at all.

Normally all newly created events are subject to policy actions immediately after having been created, but this can be fine-tuned and adjusted:

Notes for watchdog and element_watchdog

The watchdog timer system does require a priming event to establish the timer in the first place, and if a timer is disabled using watchdog.disable() it is completely removed and forgotten.

The consequence of this design is that newly added nodes or elements are not subject to any watchdog timers until opEvent receives an event that causes the watchdog creation. This is normally not a problem, unless such a new node is not creating events because it is down for example. To create watchdog timers without or independent of an event, you can use opeventd's command line event creation facility.

The log section of conf/EventActions.json controls the log types to be made available for actions. Here is an example:

You can setup any number of log types; just make sure that your log.type() action call uses the name of a defined log type.

Text logs contain only the most essential event properties as a tab-delimited list, one event per line. If the mode argument is not present, then the log file is overwritten every time the action is executed; the more common mode would be append.

JSON logs on the other hand contain all event properties, one event per JSON file. You have to give a dir option which specifies where those logfiles will be created. The logfiles are named timestamp-number.json, timestamp being the UNIX timestamp and number being a running counter (the UNIX timestamp has a one second granularity, number differentiates between multiple events in a single second).

The script action lets you execute a program of your choice, and optionally captures and saves that program's output with the event. As usual, the section script of conf/EventActions.json contains the required configuration directives:

The path to the program file must be given in the exec option. Arguments can be passed to the program; simply add them to the arguments option. Any tokens of the form event.name or node.name will be replaced by the named event or node property, respectively. If the option output is set to save, then the output of the program execution is captured and saved with the event in question; otherwise the output is discarded.

The action email is different from the  others in that its configuration is stored in separate files: conf/opCommon.json sets the global email parameters,  conf/Contacts.json contains the definitions of contacts that opEvents should know about, and conf/EventEmails.json defines which email template to use for a particular contact.

Here is an example mail section from opCommon.json:

At the very least you will have to set mail_server and mail_server_port to the appropriate values for your infrastructure; it is recommended that you use mail_use_tls so that emails (and username/password) are transmitted in encrypted form.

If your mail server requires smtp authentication for sending email, then set mail_user and mail_password to suitable values; It is also highly likely that you will need to adjust mail_from to a valid email address, which will be used as the sender's address.

The settings in Contacts.json are straight-forward and self-explanatory: a named contact section defines the name to use for the email action, and its Email attribute assigns one or more email addresses to this contact (multiple addresses must be given as a comma-separated string). At the current time opEvents uses only the Email part of Contacts.json.

Thus, to send event emails to contact xyz with email address abc@def.com, you have to specify the action as email(xyz), and add a contact section for xyz (with email abc@...) to Contacts.json.

Please note that before version 2.0.4 email actions were handled synchronously and thus blocked the events processing until the email delivery concluded. In version 2.0.4 and newer this action is handled asynchronously in a separate process.

Actions that involve syslog servers require that conf/EventActions.json contains a matching server definition in its syslog section, similar to this example:

The definition has to include the server name or address and the syslog facility to use; the port number defaults to 514, and at this time opEvents only supports syslog over udp protocol.

The syslog severity is computed from the event priority (see opEvents priority levels vs. NMIS and Syslog levels), or from the optional priority argument in the action call (e.g. syslog.someserver(7)).

Escalation of open issues is handled flexibly in opEvents: you can specify which events should be potentially escalated, and you can formulate different policies for those escalations. Escalations in opEvents apply only to unacknowledged events.

To formulate an escalation policy, you need to decide on your preferred escalation steps, their respective time thresholds and actions, and express that in section escalate of the config file conf/EventActions.json. Here is an example configuration fragment:

The IF clause is used to determine whether a particular escalation policy should be active at a given time, and for events of a given priority.

The priority setting is required and contains a comparison operator, a space and a number.
If your policy is to be unrestricted simply use >= 0 (event priorities range from 0 to 10).

The days setting is optional, and should contain a comma-separated list of weekdays when the policy should be active. If days are not given, then the policy works on all days.
The days must be given by their full names, ie. "Monday" or "Thursday".

The begin and end properties set up the daily time range for this policy. No begin means "starts at midnight" and no end is interpreted as "ends at midnight".
The policy will be active in the interval between begin and end, if the begin time is earlier than end (like in the example above).
To invert the interval meaning, ie. for events outside the given (business) hours, simply swap begin and end over. For example, a policy with begin 18:00 and end 05:00 will work after 18:00 and before 05:00.

All criteria must match for an escalation policy to be active.

The action part of the step definition has the same syntax and interpretation as the THEN expressions of the main action policy described earlier in this document, except that action escalate.anypolicy() from within an escalation policy makes no sense and is therefore disabled.