New in version 3.0.8. Please note that the precise content of this report is subject to change.

In the HTML output format all interface speed and bandwidth figures are auto-scaled and shown with the most appropriate unit, whereas CSV and XLSX outputs contain the unscaled data in bits per second.

From version 3.0.10 on this report offers optional embedded graphs of each interface's capacity. These graphs show the observed input and output bandwidth (input in green, output in blue), and the higher of the configured in and out speeds as a red warning line. If the configured input and output speeds are identical, the 95th percentile of the combined interface utilisation is also shown as a dotted line.

The default choice is to include graphs but you can change that using the report option embedgraphs. In the GUI this option is named "Include Embedded Graphs". The graph contents are not configurable, but the graph size can be adjusted using the configuration option opreports_embedded_graph_size (default: 600 x 150 pixels).

An example report screen shot is below. 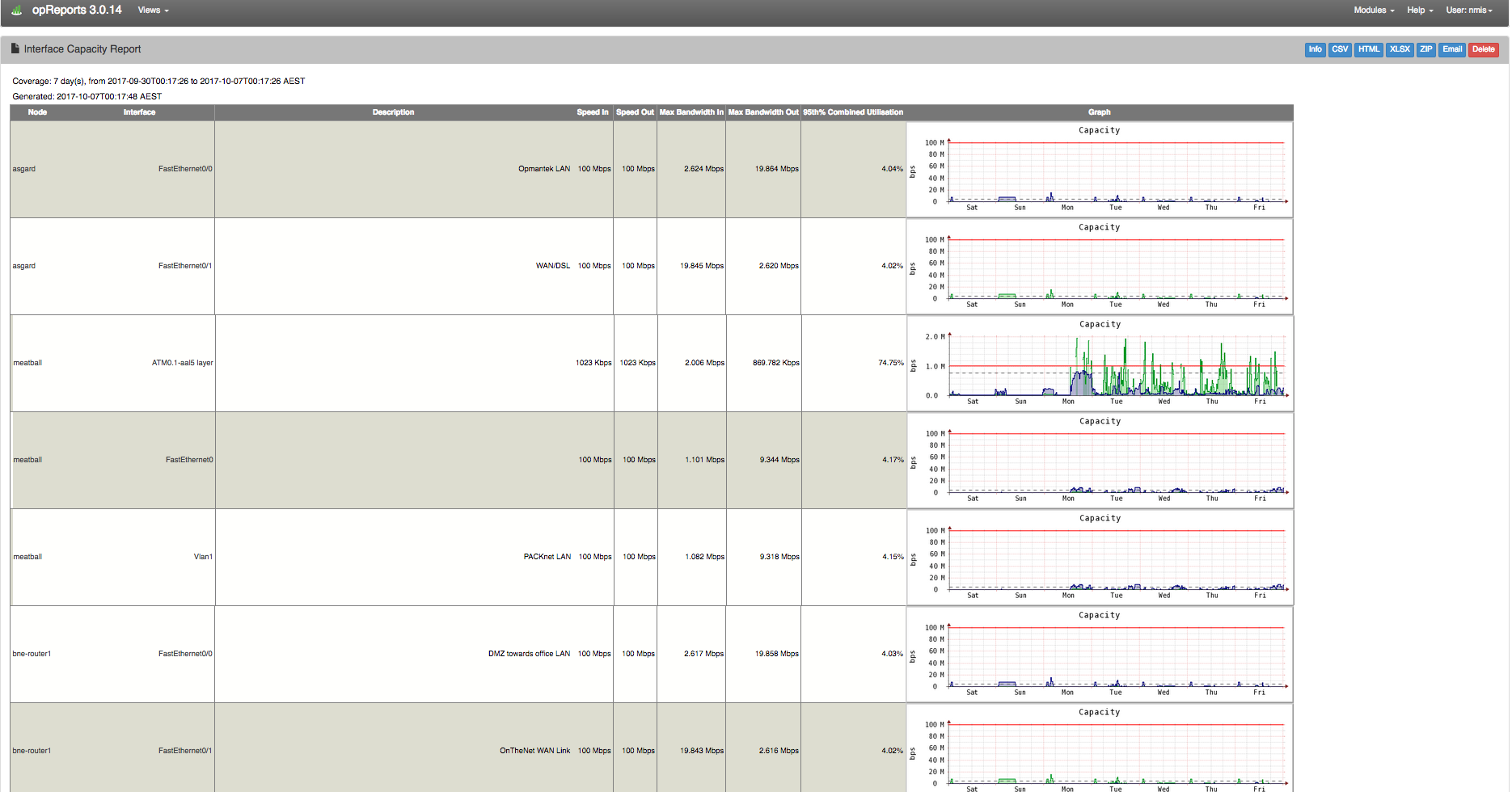 As of opReports version 3.1.4 the Interface Capacity Report now has the 95th display format option. This option is set under advanced features when generating the report and can display as Percent, Bandwidth (bit/s), or both Percent and Bandwidth.