Information about how to get data into Open-AudIT

Open-AudIT has the ability to accept data from a variety of sources. The main sources of information are the supplied Audit Scripts (for Windows, Linux and OSX). These scripts are run from the command line (of the various operating systems), gather data about the device being audited and forward it to the Open-AudIT application server.

Open-AudIT can also consume Nmap data generated by other supplied scripts which are usable from the web interface or on the command line. If Nmap data is supplied there is the option of running an SNMP audit against the target device(s). The SNMP data retrieved is not as comprehensive as the audit script data but sufficient for most purposes, especially where the target device is a router, switch or other network device.

Open-AudIT can also accept a spreadsheet of data, manually uploaded. There are sample (template) spreadsheets provided.

Open-AudIT can have devices created directly from it's web interface. This is useful for devices that 1 - Will not respond to a network scan, 2 - are not on the network, 3 - are not network capable (think ID Access Tokens).

Open-AudIT can be modified to accept data from any other system that has an API or Export data function - contact Opmantek for details.

Contact Opmantek for consulting on the various options available and which suits your organisation best. We are happy to help.

Below is a simple diagram detailing the various ways data can be inserted into Open-AudIT. 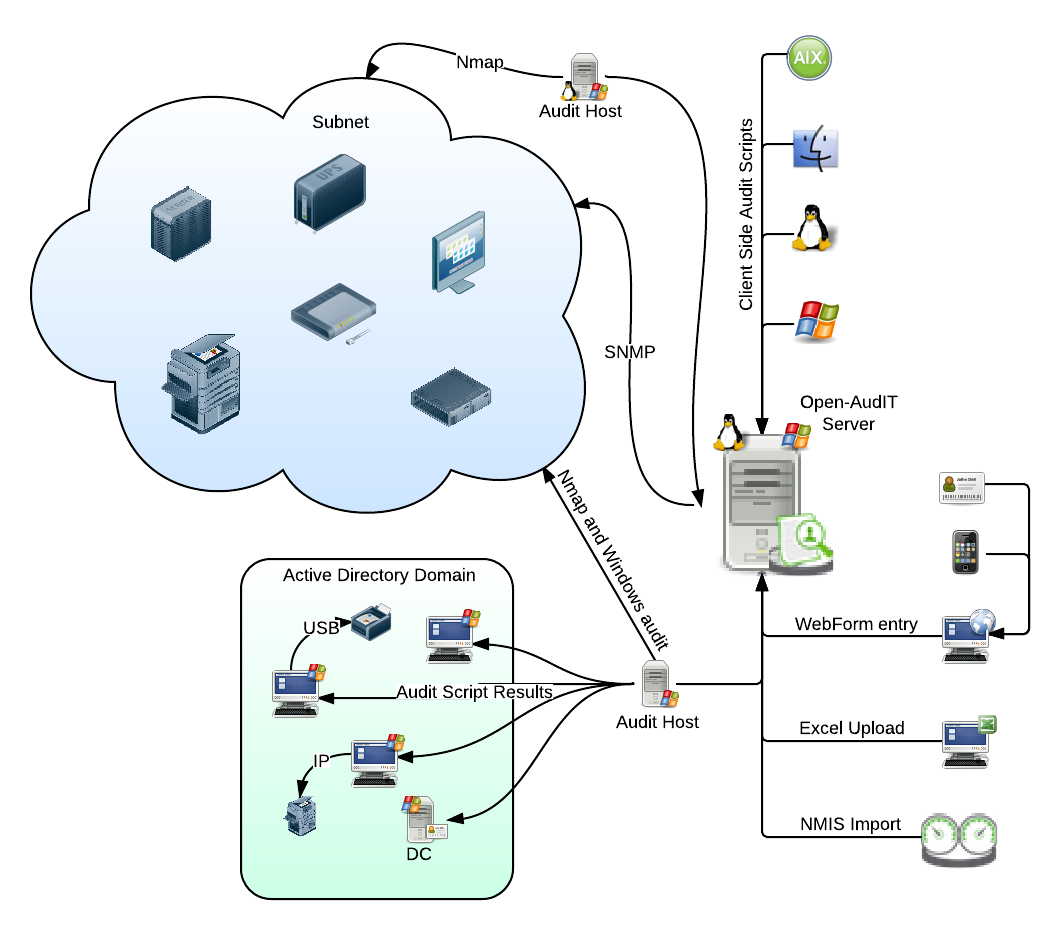