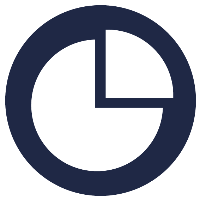 The new authorization system works by assigning CRUD (create/read/update/delete) privileges for a resource (chart/map/business service) to a role.  Users are given a role which allows them to perform the privileges assigned to the role.

The first step in configuring a new user is to create a role, then create a new user who has that role.  Last, find a resource and give the role privileges to access it.  The examples below use the GUI to perform all operations, the CLI tool section outlines how to perform the same operations from the CLI (which is useful for scripting, exporting and importing).

Each role represents a group of privileges which can have multiple users assigned to it.  For example, a role might be named "Customer X View", which is given read permission to Map X, Chart Y and Business Service Z.  Now any user assigned to the "Customer X View" role will be allowed to view each of those resources.

Roles are created and updated from the GUI by using the "System-> Portal Roles" menu option, only administrators can create/update/delete roles.

To assign privileges to a role, navigate to a resource list, Views-> (charts/maps/business services), select a specific resource checkbox from the grid and click the permissions button located in the light blue box with a key icon on it.  A modal will appear listing the current permissions, press "+" in the top left corner, select the desired role and action and save.

Once a Role is created you can assign NMIS Groups to that role. This enables the Nodes view in opCharts and allows the Role to view devices within that group. Once a Group is assigned to a Role the user will see the Nodes view as the default Dashboard when logging into opCharts.

Users are created and updated from the GUI by using the "System-> Portal Users" menu option, only administrators can create/update/delete users.  Users must be assigned a role (make sure one exists before adding a new user).

Note: The User Name must be unique and cannot exist in the OMK auth system (i.e. htpasswd, ms-ldap, etc) or a mismatch will occur.

Note: If in opCommon.nmis an external auth_method such as an LDAP server has been provisioned we may not set a user password.

Resources are the objects that privileges are granted on, these are the things you want users to see but you only want them to see the ones they have access to see.

Assigning privileges to resources is described in the Roles section.

Resource paths are used when granting users/roles access to resources from the CLI.  These paths are:

The oprbac_admin.pl program gives you access to all functions that the GUI provides but also has more functionality which may not be visible from the GUI.  The help text from oprbac_admin.pl describes it's basic usage

More advanced functionality and processes are listed below

Grant a Role access to an Object (NMIS Group in this case) (opCharts 3.0.6 and later)

Granting access to different resources in opCharts is done by creating an object in RBAC that represents the resource in opCharts and then granting a role privileges to that object.  The object that is created is linked to the opCharts resource through a path, most of these paths can be found in a table in the Resources section.  In this instance we will grant access to an NMIS Group, the path for this is /root/opcharts/group/<group_name>.

In the GUI you should now see that group “Branches” has a new role listed with read permissions. The privilege “group_branches_read” could be used to access to other objects as well.

oprbac_admin.pl also allows updates so if the role in question already exists and you want to add a new privilege just use act=update-role and either set or add the new privilege (with privileges=<newpriv> or privileges+=<newpriv>, respectively).

Roles (and Users) can have properties attached to them which can then be used as substitutions in charts using SQL.  The property name can be anything and when creating SQL can be accessed via 'user.property_name'.

Properties set on roles eventually trickle down into the user and it is possible to set properties directly on a user.  If the same property name is set on a user and a role the value set on the user will win over the value set in the role (as it’s the most specific).

To use the new property: