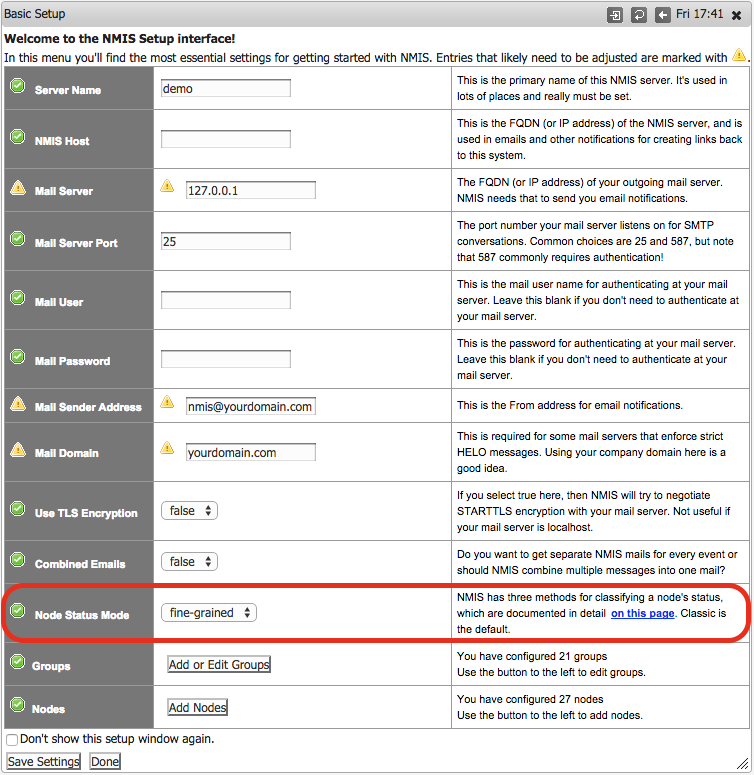 So the new state is Degraded, this is there to reflect the KPI's for a node and show you that the node is up and working, but has some other performance condition active.  Please read:

The Gory Details of Classic Mode

The level status is intended to provide some prioritisation to the customer, for example if a Node which has the role Core is down, its status would be Critical, while an access node would be Major.  The actual policy is configurable and defined in the NMIS Model file, /usr/local/nmis8/models/Common-event.nmis and for node down looks like this:

How these get calculated?  % NodeUp (NodeDn) + role weight (access vs core)?

Overall Node Status for all nodes or for a group is calculated in the subroutine overallNodeStatus in /usr/local/nmis8/lib/NMIS.pm
First the status for each node in the group or in the entire network is calculated and summarised, so we end up with a count of how many nodes are Normal, Minor, Major, Critical, based on the Common-event.nmis policy described above.
Now we add those together weighted as follows:
Then if there is more than one node, we map an overall status to that weighting.